Why It’s Important to Remove Moss From Your Roof 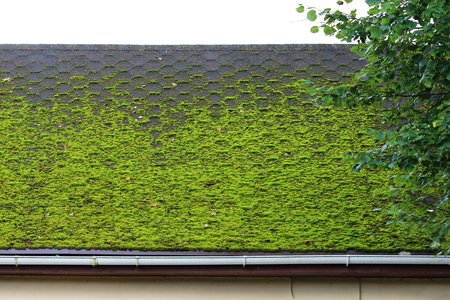 In Clackamas, Oregon, and anywhere in the Portland area, when people need moss professionally removed from their roofs, they call Moss Busters at 503-351-6300. Why is it important to remove moss from your roof? It’s bad for you and your home!

Most people think moss is harmless and/or pretty. People have seen artistic paintings of old homes covered with mossy roofs and thought, “How quaint, how charming.” That said, it’s not a good thing to have moss growing on the roof of your house in real life. When it does grow, it’s like a weed, taking over your roof. Essentially, too much moss on a roof damages the roof. Then, instead of getting decades of life out of that roof, you’ll end up having to replace it sooner than anticipated… thanks to moss.

What is moss? It’s a flowerless plant that grows in dense green clumps or mats. Typically moss grows in shady and/or damp locations. Wind helps spread moss spores. When moss is left on its own in the wilderness, it’s no big deal. But when it takes over the roof of your house, it’s a big deal.

In many parts of Oregon, people have homes surrounded by trees, so their roofs are in shady spots. Meanwhile, Oregon gets a lot of rain. Add wind in the mix, and it’s perfect combination for moss growth on Oregon roofs.

Did you know moss acts like a sponge? Therefore, if it’s covering your roof, it’s taking on a lot of rainwater over time. Where’s that water supposed to go? Eventually, water-bloated moss can leach through the roof. Wood underneath it begins to decay. The structure becomes weak and warped. Mold grows. Do you want to be breathing mold in? No, you don’t! Mold messes with people’s noses, aggravating people with allergies and asthma.

A soggy, wet roof could be in danger of caving in. Imagine you’re sleeping in a bedroom of your house and all of the sudden the roof caves in on top of you– scary, right? Moss, which seems so benign, could make that a reality.